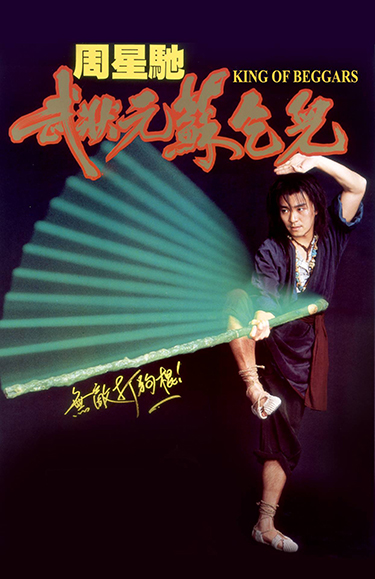 Acclaimed comic star Stephen Chiau turns Beggar So, King of Beggars, from a brave and upright legendary figure into a hilarious character, in this off-the-wall action comedy.

Stephen Chiau plays So Chan, the spoiled son of the rich Peking General So (Ng Man Tat). In order to win the heart of a beautiful prostitute (Cheung Man), So Chan participates in the Kung Fu Scholar tournament, however when the Emperor learns he has cheated his way to victory, So Chan and his father are stripped of their wealth to become beggars. When a chance encounter leads So Chan to become a member of the Beggar’s Association, he soon becomes the King of Beggars and renamed Beggar So, fighting a coup planned by the notorious Chiu (Norman Chu).