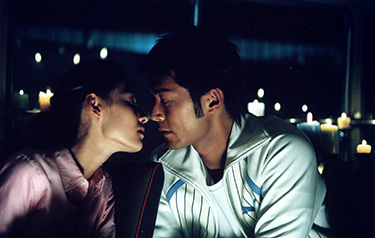 Siu Wai (Cecilia Cheung), a stubborn girl form a broken family, and Ah Man (Louis Koo), driver of the mini-bus she took every day, were going to get married. However, Ah Man was killed in an acciedent, leaving behind Lok Lok, the son of Ah Man and his ex-wife. Despite opposition from her family, Siu Wai was determined to raise the orphaned Lok Lok, to have Ah Man's mini-bus repaired, and even to become a mini-bus driver herself! Dai Fai (Lau Ching Wan) witnessed AH Man's accident and took pity on her. Seeing her lack of experience, he helped her out on difficult occasions and taught her tricks to survive the intense competition. Dai Fai had a crush.....