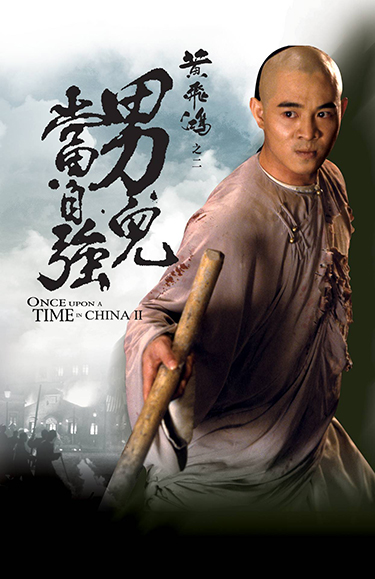 Once Upon a Time in China II

Asian action hero Jet Li returns as kung fu master Wong Fei Hung in this sequel to the box office hit Once Upon a Time in China.

While attending a medical convention, Wong Fei Hung befriends the like minded, Dr. Sun Yat Sen (Zhang Tie Lin), a Chinese revolutionary rebel fighting\ for China to become a Republic. Impeding the rebel cause is General Lan (Donnie Yen), an official of the Imperial government, which opposes Sun’s ideas of revolution. Making matters worse are the frequent attacks by the White Lotus Society, an extreme nationalist cult intent on removing Western influences in China by any means necessary.

When the government begins to collude with the White Lotus Society to threaten the rebel cause, Wong must once again rise as the champion of the people, and fight the imposing threat on Dr. Sun’s revolution.