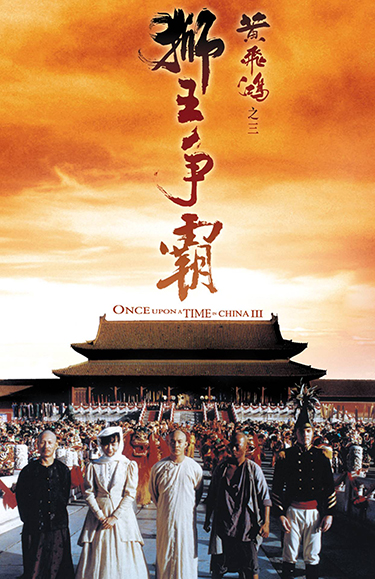 Once Upon a Time in China III

The story of martial arts folk hero Wong Fei Hung continues, as Jet Li reprises his role for the third film in the epic Once Upon a Time in China series.

Visiting his father in Beijing, just as the Empress calls for a national King Lion Competition, Wong Fei Hung finds a rival in Leung Fun (Max Mok) and his formidable fighter, Club Foot (Xiong Xin Xin ), who had previously attacked his father. Meanwhile, Wong also faces a possible romantic rival for Aunt Yee’s (Rosamund Kwan) affection in a Russian diplomat whom she knew back in school. However when a plot to assassinate the Governor at the lion dance competition is uncovered by Aunt Yee, Wong must now enter the competition and use his skill to save the Governor and defeat Leung Fun.