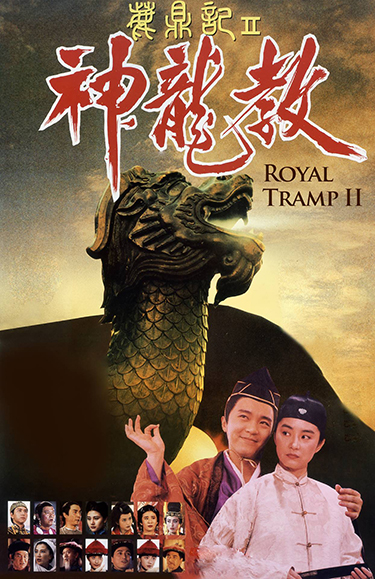 The sequel to Jing Wong’s box office success, Royal Tramp II sees the return of Stephen Chiau and the rest of the stellar cast from the original film, for another round of laugh out load wuxia madness.

Picking up where the previous film left off, the defeated Lone-er (Brigitte Lin), vowing revenge on Wei Xiao Bao (Stephen Chiau), aligns herself with the Ping Shi, led by Prince Wu Sun-Gwei (Ken Tong). The Ping Shi plans to overthrow the reign of the kindly Emperor (Derek Wan), and by extension, his obnoxious sidekick Wei. However, after Lone-er is double crossed by the Ping Shi, she bestows her power onto Wei, who must use his newfound abilities to battle the Ping Shi.