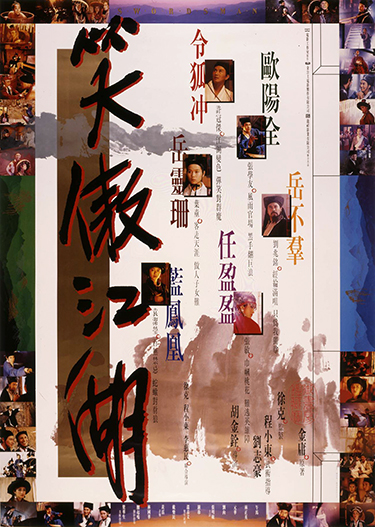 The first part of an epic trilogy that helped revitalize the lagging martial arts genre, Swordsman brings to the screen all the magic and swashbuckling action that one has come to expect from Hong Kong kung fu films.

A young swordsman named Ling Wu Chung (Sam Hui) and his tomboy sidekick Kiddo (Cecilia Yip) are tasked with a quest to recover a sacred scroll stolen from the Imperial library. The scroll contains the secret to a powerful martial arts technique assuring martial arts supremacy for whoever possesses it. With domination up for grabs, many warring martial arts factions begin their search as well, and they are all more than willing to kill to get it. This leads to a power struggle marked by betrayal, double crosses and broken allegiances, culminating in a spectacular showdown for possession of the scroll.

Swordsman has been hailed as a masterpiece that has successfully captured the essence of supernatural martial arts. A gem that’s definitely not to be missed by fans of the genre.