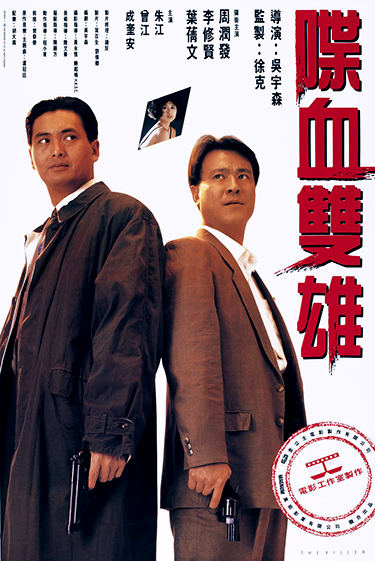 Chow Yun Fat plays Ah Jong, a professional killer who has decided to retire from life as an assassin. However, while on a job, he accidentally blinds a young lounge singer, Jennie (Sally Yeh). At the risk of losing her sight for good, Ah Jong takes on one final job to raise money for an operation that could save Jennie’s sight, only to be betrayed by his employers. Pursuing Ah Jong is police inspector Li Ying (Danny Lee), who in the process of investigating Ah Jong, discovers the true nature of the killer and gradually grows to admire him. As the two begin to form an unlikely bond, they both begin to realise the true meaning of justice, and where their allegiances lie.