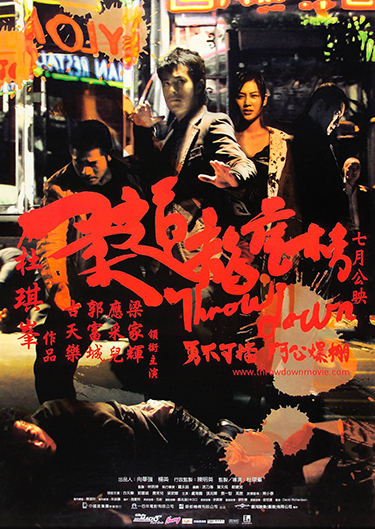 Pub manager/band-leader Sze-To was once the greatest Judo fighter around until he unexpectedly gave up the sport for no apparent reason. Nowadays Sze-To lives the life of an alcoholic gambler with no hope for the future, until…

Cocky Judo champion “Leather Jacket” Tony shows up at the door and challenge Sze-To into a duel; Old foe Kong “The Hot Hands” demands finishing the match that never took place years ago; Sze-To’s mentor Master Cheng asks him to manage his rundown Dojo and to take care of his son… All of a sudden, Sze-To’s pub has become an arena where the greatest Judo fighters show off their skills. Sze-To can’t keep his secret any longer: He gave up Judo years ago because he’s been losing sight in both eyes. When Master Cheng sacrifices his life for the love of Judo, Sze-To understands he can’t keep running away from his passion and his fate. Before going completely blind, Sze-To will take on his opponents with everything he’s got.