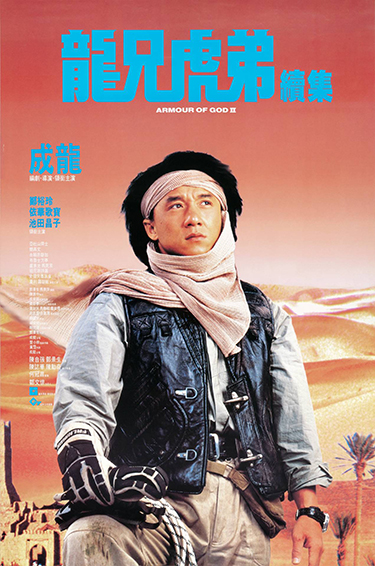 The adventures of “The Asian Hawk”, Jackie (Jackie Chan) continue in this action filled sequel. Jackie, is requested by a European Count to lead a mission in search of a huge cache of gold hidden in the Sahara Desert by German soldiers during World War II. Helping Jackie along the way are Ada (Carol Cheng), a beautiful but arrogant Chinese historian briefed on the key clues to the treasure hunt, Elsa (Eva Cobo De Garcla), the granddaughter of a German commander who disappeared after delivering the gold to the desert, and Momoko (Shoko Ikeda), a Japanese, traveling, souvenir seller. Discovering that he’s not the only one in search of the gold, Jackie soon finds himself up against ruthless treasure-hunters and the last surviving Nazi from the doomed regiment.