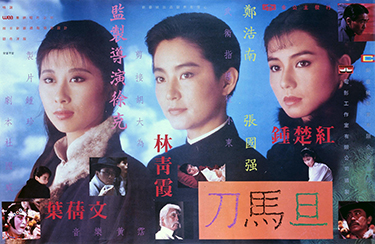 Set against the backdrop of the Democratic Revolution of China, Peking Opera Blues follows the story of three distinctly different women coping with a turbulent time in China's history, and the adventure they endure together.

Tsao Wan (Brigitte Lin) is the daughter of the warlord General Tsao (Kenneth Tsang), and secretly a Chinese revolutionary fighting against her father. Sheung Hung (Cherie Chung) is a singer and petty thief chasing down a box of jewelry. Bai Nui (Sally Yeh) is the daughter of the manager of the Beijing Opera theater, harbouring dreams of being an actress.

As the lives of these three mismatched characters intertwine, their exploits will eventually prevent the fall of democracy and help dictate the future of China.