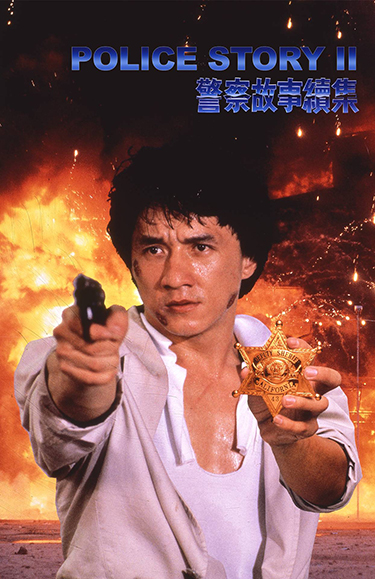 Picking up where the first film left off, Police Story II sees Jackie Chan return for his role as the unsung, intrepid cop, Chan Ka-Kui.

Despite his heroic one-man effort in nabbing crime lord Chu, Ka-Kui’s reckless approach to fighting crime has earned him a humiliating demotion to traffic duty, as well as constant harassment from the vengeful mobster he put out of business. Deciding to take a vacation from work with his girlfriend May (Maggie Cheung), his plans take a back seat when terrorists threaten Hong Kong. As he manages to track down the suspected gang responsible, May becomes their kidnap target, forcing Ka-Kui to confront his adversaries to save his girl - and the day.