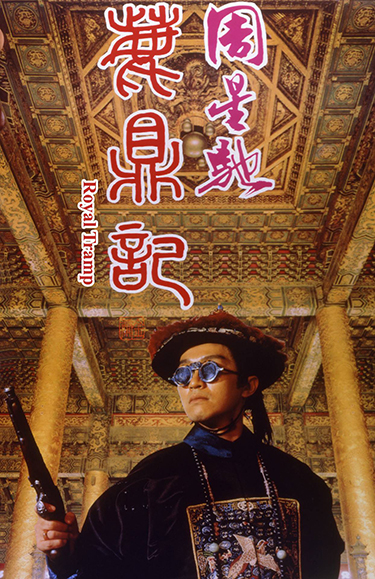 Adapted from the novel of the same name, by famous swordplay novelist Jin Yong, Royal Tramp was the third highest grossing Chinese film in the 1992 Hong Kong box office.

Set during the early Qing Dynasty, the story revolves around brothel worker, Wei Xiao Bao (Stephen Chiau), who saves Chen (Damian Lau), the leader of an underground revolutionary organization, during a battle. Chen induces Wei to join them and assigns him to steal the precious book '42 Chapter Classic' from the Emperor’s court. While carrying out his mission, Wei encounters Lord Hai (Ng Man Tat), a powerful eunuch who wants the book for himself, and befriends a young Emperor (Wang Sui Lun) and his sister (Chingmy Yau). Wei soon learns that other evil forces are after the book as well - Ao-Bye (Xu Jin Jiang), the all-powerful general who seeks to rule the kingdom, and Lone-er (Brigitte Lin), a member of the Dragon sect. Now Wei must attempt to play all sides off against each other to ensure his own survival and the eventual completion of his missions.