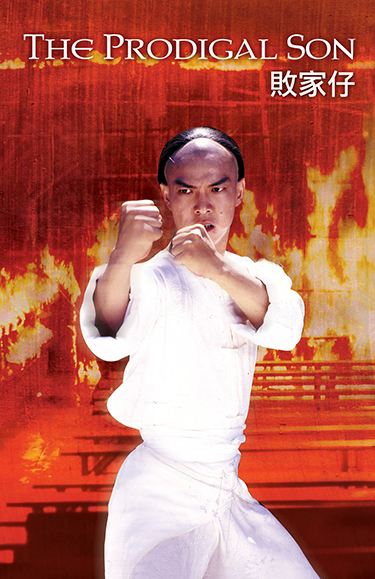 Sammo Hung’s crowning achievement, The Prodigal Son introduces the new fluid concept of the Wing Chun style at its most captivating.

Leong Tsan (Yuen Biao) is a spoilt youngster who thinks he is a remarkable kung fu exponent, ignorant that under his father’s orders, all of his opponents are paid to lose to him - until he meets up with an unrelenting opera performer and Wing Chun master Yee Tai (Lam Ching Ying). Angry at his father’s deception after being beaten by Yee Tai, Tsan is humbled, deciding to improve his kung fu skills and asking Yee Tai to take him as a disciple. Though initially refusing, Yee changes his mind after a Manchu prince, Lord Ngai Fa (Frankie Chan), and his men kill everyone in the opera troupe but the two of them. But when Yee himself is killed by the Manchu prince, it is up to Tsan to avenge his fellow troupe members.